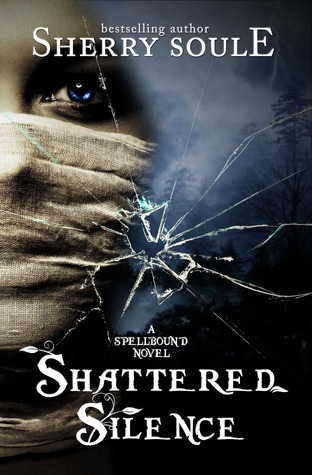 Otherworldly Creatures. Shocking Truths. Sizzling Passions.
Shiloh Trudell thought she was getting used to the strange events in Fallen Oaks, until the full moon brings another surge of supernatural threats to her coastal town. Ferocious wolves, deadly necromancers, and fallen angels have descended upon the neighborhood, so Shiloh needs to gain control of her magical abilities—and her impetuous heart—fast!
As if life wasn’t complicated enough, enter sexy, brooding Trent Donovan—local bad boy, and the type of guy your mother warned you about.
While Trent tries to help Shiloh prepare for a supernatural battle, their fiery spark intensifies into a slow burn. Romance with an unlimited potential allows them to experience both the thrill of love and the chill of fear for the object of their affection.
Then Shiloh discovers a dark family secret that threatens to shatter her world. The only thing that keeps her going is her thirst for revenge and the protective, rebellious boy she’s falling head over heels for.
When her classmates are attacked by a mysterious creature and her father is murdered, Shiloh vows vengeance. Except that’s not all Shiloh has to worry about. She’s also struggling not to become the very thing she fights: evil.
But with demon blood inside her—anything can happen…

The Cover: I really like the cover for Shattered Silence. A blue-eyed lady, with her face covered below her nose, in front of a broken glass. Silhouettes beyond of a wooded area, trees, possibly a house in the trees. Dark and shadowy, building excitement for an awesome story.

The Plot: What a way to get back into Shiloh's story. Things ramp up pretty quickly as Shiloh continues to learn about being a witch, as she interns at Craven Manor and her and Trent spend more time together. Shattered Silence had me holding my breath, hoping not to disturb the angry spirits. I literally had goosebumps and was telling Shiloh not to go up the stairs! The storyline to Shattered Silence was very well written, moved along at a great pace and kept me reading late into the night (and jumping at the things that go bump in the night)

The Characters: Sherry Soule creates great characters that you can relate to. Being the odd girl in high school, the weird one, different. I can certainly relate to Shiloh. Also, the uncertainty in herself, her relationships, and the issues with her parents. I like the mystery around Trent. You kinda know why he is such a badass, but things seem to be changing about him as well. I would love to see Ariana get more of a side kick role as Shiloh continues to develop her powers and kick demons asses.

Is It Worth Reading? Definitely! I really enjoy a good escape from reality and once again Sherry has put together an awesome adventure with a haunted house, a teenaged witch, and a badassed hottie. What more could a girl want? I highly recommend the Spellbound series to readers of YA Fantasy and Paranormal and thank Sherry for sharing this amazing series with us. Shattered Silence gets 5 out of 5 crossbows.