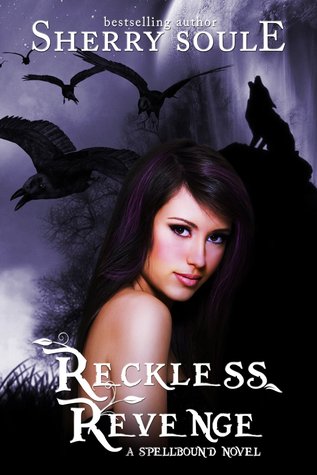 Forbidden Attractions. Dangerous Alliances. Shocking Betrayals.
In Fallen Oaks, a pack of wild dogs is blamed for a wave of vicious attacks; Shiloh Trudell wishes the cause was that simple....
With fierce lycans and shambling zombies and overly aggressive jocks--oh my!--creating chaos in this small coastal town, fighting evil isn't the only thing keeping Shiloh, the resident demon hunter, busy. Especially when she uncovers a devastating secret about the green-eyed boy who takes her breath away.
Not surprisingly, Shiloh's personal life has started to fall apart. Her loving father? Dead. Her so-called mother? Dark sorceress. Her hottie boyfriend? Leaning toward the dark side.

Can't a girl ever catch a break?

Against his better judgment and despite his overprotective nature, Trent agrees to help Shiloh on her mission to expose her father's murderer. But as Shiloh sets out to kill the creature that threatens the town and exact her own brand of vengeance, she soon realizes that sometimes the hunter...also becomes the hunted.

The Cover: Reckless Revenge has a pretty dark cover. Shiloh in the forefront, the wolf on the cliff in the background, ravens flying overhead. The moon shining brightly in the background. A cover to match the story, dark as Shiloh feels as she searches for her fathers killer.

The Plot: I have to say that out of the four books so far, this one has to be the best one yet. The story was fast paced and action packed right up to the epic battle with the baddies! There was a natural order and progression to things that kept me totally wrapped up and guessing who the big boss was. I honestly could not guess who was running the show, which frustrated me to no end, because I really wanted to know. I loved how everything is coming together as our story progresses, getting more and more intense with each bomb that gets dropped on our pretty, kick ass heroine.

The Characters: Shiloh still kicks ass. I love watching as she comes into her own, becoming a stronger witch, battling with her inner demons and fighting for what she knows is right. Returning characters continue to surprise, as Trent becomes something other than just a normal teenaged bad boy, Ariana gets more of the side kick role I was hoping she would and enemies reluctantly become part of the gang. I love the way zombies come into the story, kinda accidentally on purpose, but not your regular run of the mill zombies. Yes, they still eat brains, but come on, being a zombie sucks, okay? I am looking forward to learning more about Malphas and Raze and their part in Fallen Oaks strange happenings. I like the lycan as well. They are everything I would expect out of the furry four leggeds and I wonder how things will unfold with them as we go forward.

Is It Worth Reading? Totally!! I loved Reckless Revenge, it was an amazing story and has to be my favorite out of the series. That being said, I think the high school football team being turned into lycans was a little bit clique. It just seems like in every YA werewolf movie or book, the football team in targeted. Give me an alternative any day, but that was the only complaint I had with this latest installment of the Spellbound series. I look forward to Destiny Disrupted and highly recommend Reckless Revenge to readers of YA Fantasy and Paranormal. Reckless Revenge gets 5 out of 5 crossbows.