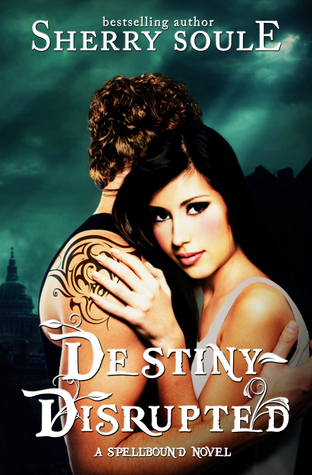 Hunting Demons is One Thing…Dating Them is Another.

Life sucks for Shiloh Trudell. And being a demon hunter who’s in love with a cocky half-demon makes things even suckier.

Especially when she discovers that Trent, her sinfully hot boyfriend, is hiding a few dangerous secrets. Like the fact that he’s losing his humanity.

To complicate matters, witches from the local coven are mysteriously turning up dead, and as Shiloh searches for answers, she confronts her worst nightmare…Trent is being blackmailed into becoming the next leader of the Underworld.

But Shiloh is still convinced that she can save him, even after the impossibly gorgeous, fallen angel Raze tells her that a relationship with Trent is forbidden now. Warned to stay away from the only boy she’s ever loved, she can’t ignore the sizzling attraction that ignites whenever they’re around one another. Especially after a swoon-inducing night of stolen passion.

As Shiloh’s world begins to unravel around her, it soon becomes obvious that her destiny lies in one of two choices: vanquish Trent or join him in the Underworld.

The Cover: What a brilliant cover! Our beautiful protagonist holds the large shoulders of a well muscled male, while looking out at us. She has a Mona Lisa smile, so my guess is she is pretty content. This cover is definitely not as dark as the other covers, so it gives you hope that things are starting to come around for Shiloh. That maybe she is settling into a demon hunting, white witch kinda day to day existence.

The Plot: Destiny Disrupted had an amazing storyline, one that I very quickly got lost in. I began this chapter in Shiloh and Trent's story wanting to know more about the Fallen Angels, or FA as Shiloh began calling them and I definitely got answers and more of Raze, their alluring leader. Shiloh and Trent continued to fight the darkness inside of themselves, while the rest of the group learned things about themselves that moved the plot to the epic final battles. Just when it began to look like things might be quiet, except for the occasional demon escaping the Shoel, a new set of evil baddies showed up for Shiloh and her friends to vanquish. Thank the goddess for the help of the Fallen Angels, because the teens were not strong enough to deal with the evil Triad that was intent on taking Trent for their Prince, opening the Shoel and killing the human race. When things have gone from bad to extremely worse, Sherry leaves us with an epic cliffhanger ending, that left me screaming, “NOOOOOOO!!! I need book #6 NOW!!!”

The Characters: Sherry Soule creates and nourishes good characters. I have really enjoyed watching all of the characters develop, grow, and change. Shiloh continued to rock her witch powers, while becoming a stronger more(maybe over) confident demon hunter. Trent's behavior through Destiny Disrupted disturbed me and while I truly hoped that Shiloh would be able to help him to save his humanity, by the end, I was beginning to hate Trent. Will he be able to save his little sliver of humanity or is he destined to be the Prince of Darkness? I love that Raze was able to help Shiloh to fight her darkness, as he saved her repeatedly. (Where is Trent while Shiloh is out saving the innocent?) Raze really looked like Shiloh's dark hero and I began to shift to Team FA.
Long time favorite, Ariana was as always, an amazing bestie, keeping Shiloh on the straight and narrow, as she learned more about her parents, possibly why they left her and what they left her with, for that matter. And that there was a reason for her glowing complexion. Brittany moved effortlessly into her spot in the circle, and was surprisingly, someone that Shiloh came to count on. Hmmmm, never saw that one coming.

Is It Worth Reading? Oh ya!!! This was, in my humble opinion, the best book in the series yet. I could not read fast enough. Destiny Disturbed started out with a kickass battle featuring two of my favorite characters, Shiloh and Raze, (whom I hope to see doing more things together in the future)and keeps building to the cliffhanger ending. I am biting my nails in anticipation for book 6, but highly recommend all of the Spellbound Series. Destiny Disrupted gets 5 out of 5 crossbows.

I would very much like to thank Sherry Soule for participating in our author spotlight and for sharing her amazing Spellbound series! Please share some love with her below or on her pages, or on twitter. And don't forget to draw for a chance to win!! Thank you for joining on this adventure through one of my favorite kick ass series and don't forget to pick up your own copies, cause it is sure to only get hotter and more explosive!!