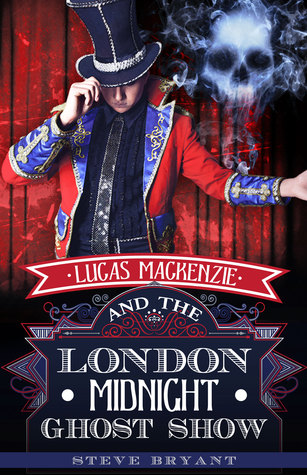 
Lucas Mackenzie has got the best job of any 10 year old boy. He travels from city-to-city as part of the London Midnight Ghost Show, scaring unsuspecting show-goers year round. Performing comes naturally to Lucas and the rest of the troupe, who’ve been doing it for as long as Lucas can remember.

But there’s something Lucas doesn’t know.

Like the rest of Luca’s friends, he’s dead. And for some reason, Lucas can’t remember his former life, his parents or friends. Did he go to school? Have a dog? Brothers and sisters?
If only he could recall his former life, maybe even reach out to his parents, haunt them.

When a ghost hunter determines to shut the show down, Lucas realizes the life he has might soon be over. And without a connection to his family, he will have nothing. There’s little time and Lucas has much to do. Can he win the love of Columbine, the show's enchanting fifteen-year-old mystic? Can he outwit the forces of life and death that thwart his efforts to find his family?

Keep the lights on! Lucas Mackenzie’s coming to town.


Thanks for joining me on my stop on the tour. I hope you have enjoyed the tour so far! Today, I thought I would share one of my favorite scenes from the book. Enjoy!!

The cast is socializing at Forest Lawn, in Glendale. Oliver and Yorick have persuaded Lucas to take Columbine some flowers: