Hi, and welcome to my stop on the tour!! Thanks for stopping in today! You will find info on the book and the author, Kirk Weddell, and as always, My Thoughts (cause I love to share!!). Oh, and make sure you check out other stops on the tour for author interviews, guest posts, and lots more fun! 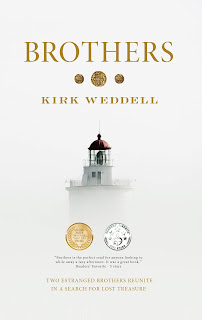 Owen Kerrigan – the cantankerous lighthouse keeper of a remote Irish island has been estranged from his only brother Patrick for most of his adult life. His only solace has come from immersing himself in the legend of a long lost treasure belonging to the wreck of a Spanish Armada galleon that is rumored to be hidden beneath his light.

But after tunneling in vain for years, Owen is issued with a sudden eviction notice. In desperation, with only days left to find the gold, Owen begrudgingly asks his brother for help. Hoping it may help to rebuild their relationship after more than thirty years of silence, Patrick reluctantly agrees.


As they attempt to unearth the fortune, Owen becomes increasingly drawn to Ellen, an enchanting descendant of the Pirate Queen – Grace O’Malley, who ruled the island at the time of the Armada.


As Owen’s imminent eviction looms, they race to solve the riddles ingrained in the ancient folklore of the island
and realize that Ellen may unwittingly hold a vital clue to finding the treasure. But the rift which kept the brothers apart for so long threatens to thwart both Patrick’s hopes of reconciliation and Owen’s dream of finding the fabled hoard. 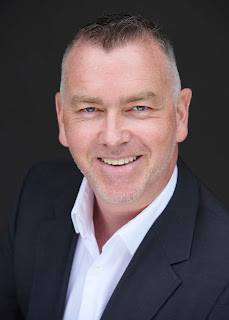 Author Information
Kirk Weddell is an award-winning screenwriter and filmmaker; Brothers is his first novel and is based on his earlier Writers Store Grand Prize winning screenplay. After graduating with a degree in neuroscience, Weddell moved into writing; his science fiction screenplay Alone was shortlisted for the prestigious Oscar Academy Nicholl Fellowship in 2016 and is entering production next year, and his short film Dutch Bird won numerous awards at International Film Festivals. Weddell lives in Wimbledon, South London. 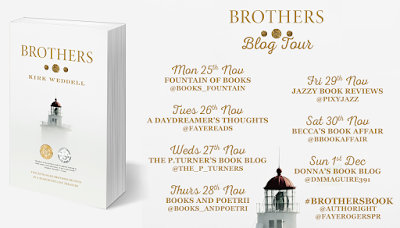 
MY THOUGHTS:
The Cover:
I really like the cover to this book. It really caught my attention, and as a lover of lighthouses, I had to read the story to go with it. I love the font chosen for the title and the colours, so subtle and understated, but beautiful. Just like the top of the lighthouse, so inviting, yet almost obscured by fog. I couldn’t wait to start on this book.
The Plot:
What an awesome story!! A treasure hunt, yet not your average treasure hunt. To think, gold under the lighthouse—what a way to mark a spot!! Brothers kept me guessing about the treasure, about the brothers’ relationship, about Ellen, the descendant of Grace O’Malley, Pirate Queen. Everything about this story keeps the reader hoping that, against all odds, they will find the treasure. This is a great blend between current events and what happened many years before on the island. And I really enjoyed the book.
The Characters:
All of the characters were interesting with well formed personalities and flaws making them real. I really enjoyed the interactions of the island citizens, carrying on with day to day life. Then you have Owen, who seems quiet and withdrawn from regular goings on with the other characters. Patrick and Owen were both my favourite characters, followed by Derry and Ryan O’Reilly. Patrick and Owen, because you could just feel the history and the untold story between the two of them. Derry and Ryan, because of the camaraderie between the brothers.
Was It Worth Reading:

Yes, Brothers is a really nice foray into small town life, with a treasure hunt and a little romance thrown in. It is a great story about what happens when you let things go for way too long. I could even see Brothers being a really great movie. I wonder who would play Owen? Maybe Hugh Jackman and Leo DiCaprio could play his brother. Oh, maybe Helena Bonham Carter could play Ellen!! That would be a great start to the cast! Feel free to comment below with your suggestions! In the meantime, I give Brothers 5 out of 5 crossbows and highly recommend it to readers of adventure and romance!
Posted by Becca's Book Affair at Saturday, November 30, 2019