Thanks for joining us on Day 3 of the Starlight Saga Blitz!! I hope that you have enjoyed this special feature and grab your copies!! See you soon fellow book lovers!!

Today author, Sherry Soule has some exciting news to share with us. Her Romantic Comedy series, the Starlight Saga, has a new book out.
To help promote this epic love story, Sherry is doing this guest post to share the news with fellow booklovers. 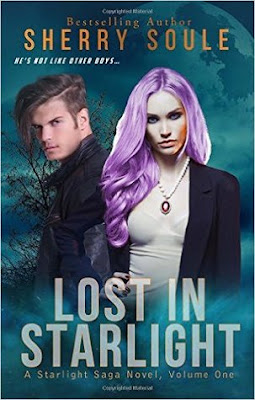 FRIGHT NIGHT BABBLE
Hey there, Grinning Gremlins!
These campy horror flick tropes make me wanna throw popcorn at the screen!
Why whenever teens go camping or venture into the spooky forest, the writers usually have the same boring stereotypes? Like the big-breasted chick, the jerkwad athlete, the wisecracking black person, the geeky dude, the nice virgin, and the hot male lead.
Wanna predict who survives this lame fest? The “Final Girl” or virgin, and sometimes her boyfriend, but not likely. Although, it could turn out like Cabin in the Woods.
Just once, I wish a Black, Latino, or Asian character would be the lone survivor. Or any race filmmakers include to have the characters more ethnically diverse.
This next cliché deserves a double eye roll. Why do the characters say, “Let’s split up, gang!” And why do these allegedly smart people always think it’s such a brilliant idea?
Everybody knows the bad guys are lurking nearby, but still someone’s gotta stupidly exclaim, “We’re gonna explore that pitch-dark area over there, while you guys check that less dark and scary place, and then we’ll meet up later.”
Just rewatch episodes of Buffy, the Vampire Slayer and count how times the group loses each other, or Scooby-Doo, where Shaggy and Scooby are split up in every episode. Blech!
Peace, love, and horror flicks,
Sloane

FRIGHT NIGHT BABBLE
Hey there, Grinning Gremlins!
This cliché is just a craptastic schlock-fest…
Why are the humans always considered the good guys, and aliens are the evil baddies that crash-landed on Earth to wreak havoc?
There are some good stories with the opposite scenarios, like Superman, District 9, Avatar, and Transformers, where the humans are the major jerkwads.
Then there are those evil extraterrestrials that are always trying to attack our planet because of some valuable resource that no other rotating rock in space seems to have. Or for some reason humans are just special snowflakes.
And what about the tropes that alien races aren’t ugly space invaders? That most aliens resemble humans because of a comparable evolution. Eh, whateves.
I guess I could believe a few Martian-like anthropologists might be stationed on Earth to study humans.
And those rumors about aliens having secret hybrid offspring secretly living among us?
Nah. Too cliché.
Peace, love, and horror flicks,
Sloane
We hope that you enjoyed this post. Now go feed your mind and read a book! 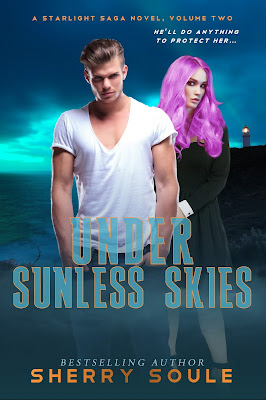