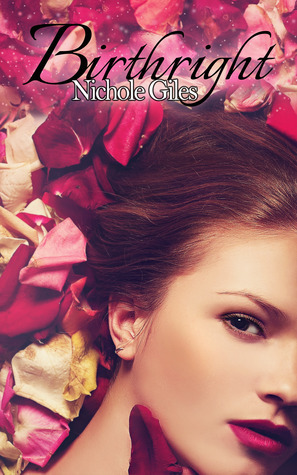 Two months ago, Abigail Johnson saved the life of the boy she believes is her destiny and defeated an army of demons that have pursued her ancestors for centuries. Now, she and Kye should be taking their place as leaders of the new generation of Gifted. But the curse they thought was broken has returned, and every minute together brings them closer to death. When remaining shadow demons attack again, the Dragons send Abby to Mexico. Being apart from Kye is slowly killing her soul, and it turns out she isn't any safer here than she was back home. The shadows have tracked her, the locals expect her to help with their own demon problems, and the more time she spends away from Kye, the more she doubts the destiny that ties them together. When the demons destroy her safe house, Abby has no choice but to take the fight to them. But the arrival of an old nemesis throws their careful plans into disarray, and Abby and her friends find themselves facing new adversaries in a battle that turns fatal. This time, not everyone will make it out alive

The Cover: The cover to Birthright, while pretty, was boring, in my opinion. Based on the cover alone, I would not have picked it. Well, thank the gods, I had already read and loved Descendant. So, cover be damned, I was diving into Birthright head first. Or maybe heart first, not sure.
The Plot:  Birthright was a totally amazing story. Take everything you know about Abby and Kye and throw it right out the window. Nichole definitely shakes things up this time. There was nothing expected or boring about the plot of Birthright and I could not stop reading.
The Birthright plot was very well written; lots of explosions, fight scenes meticulously described to the point that you feel like you are present. I even felt cold while our heroes were in the Mermaid's tunnels, buried on the couch in my big winter comforter.

Characters: Have you ever read a book where you were cursing the characters, and wondering what they were thinking? I spent Birthright doing just that. Abby and Kye know the curse will kill them. At the very least, makes them deathly ill. Abby even uses energy from her friends to have some small semblance of a normal life while she finishes high school. Yet her and Kye continue to sneak time to see each other. Ummmm, selfish much? I know, the heart wants what it wants, right? I mean, come on. I love my husband, but if being with me made him physically ill and could possible kill him? Ya, so not happening.
So Abby goes away-smart girl. And to avoid giving away any spoilers, here comes “Mr. X” I spent the first part of this book thinking “there has to be another choice”, then the middle saying, “oh, gods, just kiss him.” Then the last part saying, “Abby!!” Ya, love makes choices hard, doesn't it?
Birthright introduces a few new and interesting characters, while bringing back some from Descendant. Rose absolutely kicks ass. I would pick her for my BFF any day!


Is it Worth Reading?:  For sure! I was so excited to read this book, slightly nervous about the sequel stigma, but honestly, this was even better than the original! I definitely recommend Birthright to readers of YA and fantasy, and give it 5/5 crossbows.